Title: Why Do Firms Recapitalize: An Empirical Analysis

In the 1980s and 1990s there was an intense but brief flurry of research on highly leveraged transactions such as LBOs and recapitalizations. In the last two decades there has been a marked increase in such actions. There are some contemporary studies of recent LBOs. I fill the gap with an analysis of leveraged recapitalizations. I consider four broad explanations for sharp increases in financial leverage: agency conflicts, exploiting under-used tax shields, costs of financial distress, and market or macroeconomic conditions. Firms rarely publicly announce major shifts in leverage, or the reasons for the changes. Therefore, to collect a broad sample, I employ fourfold rules to detect large one-time recapitalizations. I identify firms that increase debt and reduce equity on their balance sheet by at least 20%, and who pay-out most of these funds to shareholders. Research suggests that LBOs in recent years are mainly in response to inefficient firm operations. But, recapitalizations, where the shares remain publicly traded, seem driven by two different causes. First, the firms that relever are very profitable and highly-valued in the market, but they have low leverage. They appear to raise debt to increase the value of the tax shield. But, financial distress costs may preclude organizations in some sectors from taking such actions. The other powerful motive is obviously the current extraordinary and prolonged low interest rate regime. Collectively, these results suggest that firms with low financial constraints and strong operating performance are best able to exploit favorable rate environments. After recapitalization, leverage increases to about average levels, and tax obligations decline significantly. The profitability and market valuation of the relevering firms decline slightly, but remain above average. Recent studies have found that historical operating inefficiencies arising from agency conflicts among stakeholders are the primary motivation for many LBOs. In my sample, the firms that drastically relever have unusually high profitability and Tobin’s Q, and low financial leverage. Therefore, the firms that raise debt and remain publicly traded after recapitalizing seem to have very different motives. 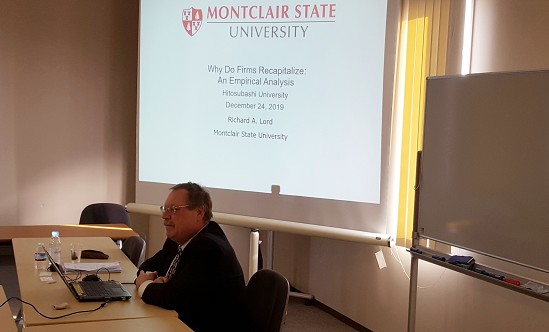